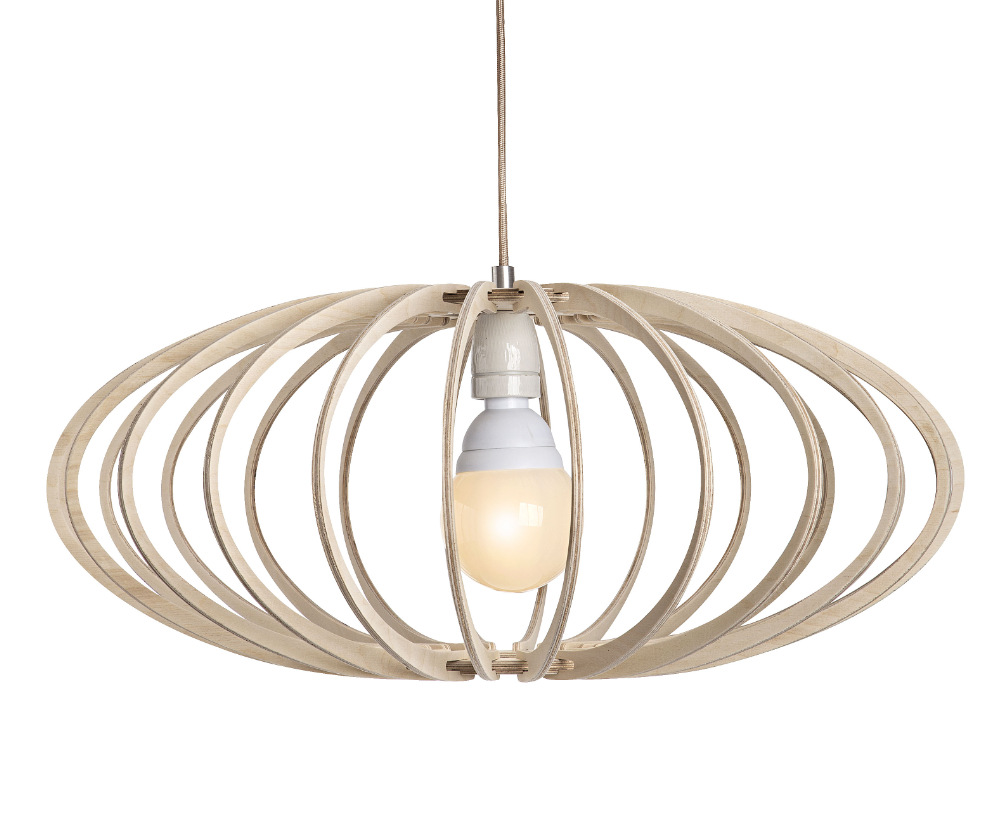 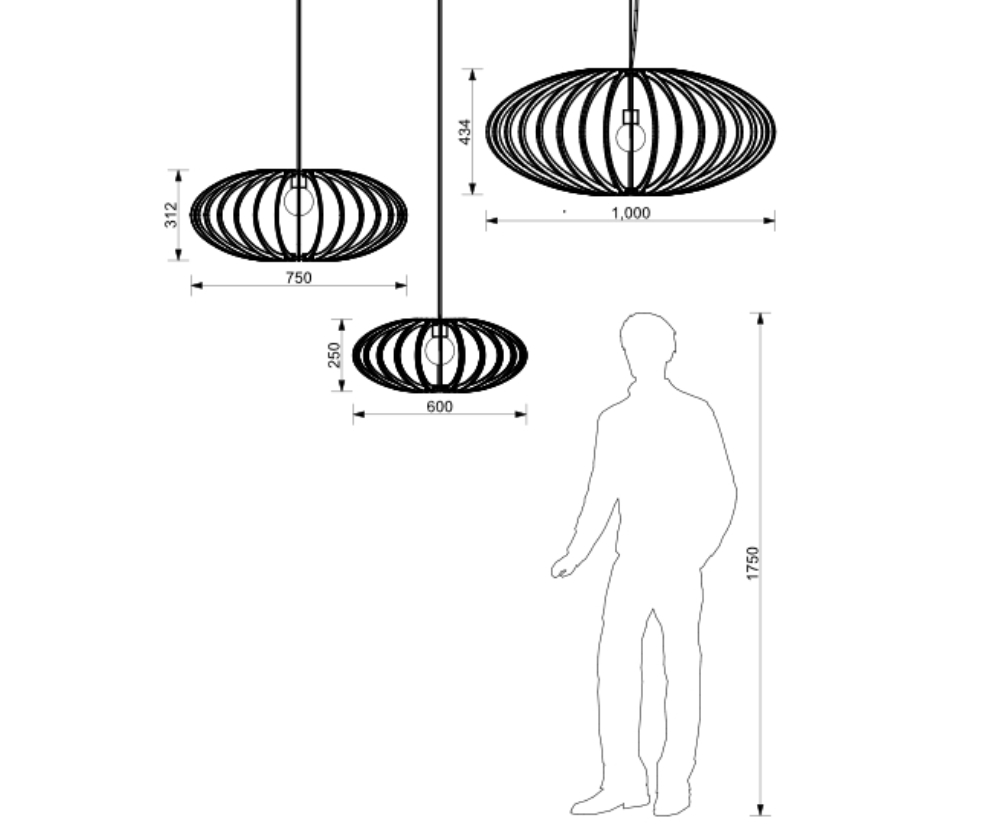 The design of the Ellipse range was influenced by similar contemporary shaped lights in wire, inspired by the plastic covered bubble lamps of the mid century. The detailing of the intricately cnc cut Birch plywood components, combined with the inherent elasticity and tension in the timber, allows the light fitting to be easily clipped together without the need for glue or fastenings.

They are available in ‘easy to assemble’ flatpack or pre-assembled.